SC To Honor Military Families & Give Thanks

Thanks to the efforts of a Rock Hill veteran, the day long known as the start of the Christmas shopping season will be set aside to honor the “unseen veterans” who carry on at home while family members are deployed with the military. 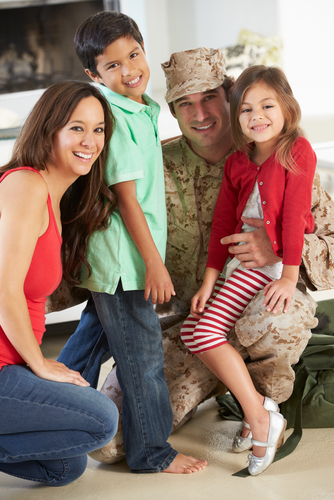 Starting this year, the Friday after Thanksgiving will be designated “A Day of Recognition for Veterans’ Spouses and Families” in South Carolina. Lawmakers voted unanimously in April and May for the legislation, which Gov. Nikki Haley signed into law on Monday.

“We’re looking at the day after Thanksgiving as a day of thankfulness,” said Rock Hill veteran Harvey Mayhill, who helped sell the idea to lawmakers with the support of state Rep. Raye Felder, R-Fort Mill, who sponsored the bill.

“You go to a stage play and see the beautiful actors and all their costumes, but you never stop to think somebody has to pull the curtain up.”

Mayhill, 71, who served in the Air Force, said the day will specifically recognize the contributions of those “in the background.” Mayhill was never deployed overseas, but as several of his friends went to war, he saw how their spouses were affected by their absence. Felder met Mayhill at a wreath-laying ceremony two years ago and decided to back the bill. She hopes veteran organizations will spread the word about the day of recognition to other states.

“I just took their idea and tried to get it in motion,” she said. “It goes to show how much in South Carolina we do respect and honor our veterans.” Mayhill hopes Haley will promote the new law among other governors, which could increase the odds of getting federal recognition for the day. He originally pitched the idea to U.S. Rep. Mick Mulvaney, R-Indian Land, who was unable to get it passed. “There are a lot of people who have thought these same types of things and never act on them,” Mayhill said, pointing out that veterans take center stage on Memorial Day and Veterans Day, with no equivalent for those who have endured alongside them.

Mayhill, an active promoter of veterans’ issues, is known for waving a large American flag from the Sutton Road overpass in Fort Mill – continuing a tradition started by his late friend, Leonard Farrington. He is also a local organizer with Quilts of Valor, a national organization that presents unique, handmade quilts to veterans and active duty servicemen and women. The organization will present quilts created by the Old Glory Quilters group of Rock Hill to at least five local veterans on Sunday.

Mayhill’s wife of 50 years, Lin Mayhill, has supported him throughout this military career. She is one of the quilters participating in the program. Over the last several years, the couple has spent Thanksgiving hosting veterans’ spouses, the homeless and others.

“The little guy has taken on the big guy and wins once in a while,” he said of his efforts to make the day of recognition official in South Carolina.

A ceremonial bill-signing will be scheduled later so local veterans can be a part of the process.