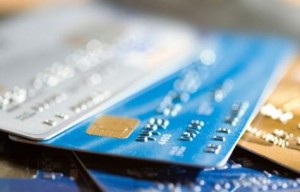 This is especially urgent, obviously, if you spend more than you make – a scary position, for sure, but not uncommon. In fact, Labor Department numbers show that many families making $50,000 or less are spending at least a few percentage points more money each year than they actually bring in.

That doesn’t mean that they, or you, are headed for bankruptcy. But it does show that Americans are in the habit of borrowing to cover both short-term expenses, like those on credit cards, and long-term ones, such as buying cars and homes.

Let’s just say that if your spending exceeds your income, then your top priority in constructing a budget should be to slash your spending, pronto.

If your household runs in the black, you may still want to reallocate some of your spending. The calculator helps identify trouble spots by highlighting categories where your annual expenses are sharply higher or lower than average for households with similar demographics.

In some cases, a divergence will be perfectly reasonable. The average family spends only a few percent of its income on education, for example. But if you have a child in college or private school, or are taking some courses yourself, your education spending will be a lot higher – and more power to you.

On the other hand, if the calculator shows that you’re spending twice as much as the average family on meals away from home, and there’s no obvious reason why that should be so, you may want to consider eating in more often.

When projecting your income, don’t include money that you can’t be sure to receive, such as highly variable year-end bonuses, tax refunds or gains on investments. Instead, wait until the extra cash arrives, then save or invest it to produce more revenue for the future.

Your goal should be to reduce your spending to about 90% of your income, with the aim of plowing the rest of that money into the financial objectives you deem most important.

Once you’ve set your budget goals, you need to develop the habit of tracking your expenses on an ongoing basis – something that’s most easily accomplished using personal finance software. The aim here is to make sure the spending stays within the limits you’ve set.

But there’s a second aim: Very likely you will discover that some of the goals you set were unrealistic. If so, ease them slightly. No point in giving yourself an unreachable hurdle, but neither should it be too easy.

Often it takes two or three revisions before you achieve a budget that you can really stick to. If juggling the numbers leaves you wishing you could free up some extra cash, push on to the next section of this lesson for suggestions.